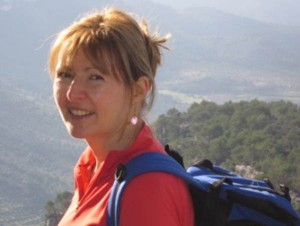 Birgit Oidtmann works in the Epidemiology and Risk team at the Centre for Environment, Fisheries and Aquaculture Science (Cefas) (an agency of the Department of the Environment, Food and Rural Affairs (Defra)). Birgit studied veterinary medicine at the University of Munich (Germany) and was awarded the Dr Vet Med there in 1994.

Her area of work ranges from import risk analysis, development of models for risk ranking fish farms, development of surveillance schemes over leading experimental research work to advice to support Defra aquatic animal health policy.
Currently, she leads a Defra funded research project on risks associated with commodities imported for human consumption and an European Food Safety Authority (efsa) funded project on risk categorisation of fish farms. She worked on an OIE ad hoc group on risks associated with aquatic animal commodities and a number of EFSA working groups.
She is a guest lecturer and the Royal Veterinary Collage, London. She have been involved in the development of a number of EFSA working groups, e.g. Assessment of the health risks of feeding of ruminants with fishmeal in relation to the risk of TSE (2007); 2. Aquatic species susceptible to diseases listed in Directive 2006/88/EC (2008); Scientific Opinion on Epizootic Ulcerative syndrome (2011)