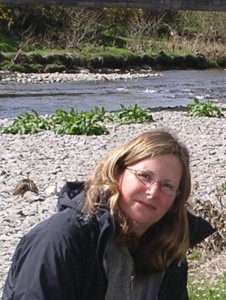 In 1997 Helen completed her PhD (on the ecology of ladybirds, Pandora neoaphidis (fungal insect pathogen) and other aphid natural enemies) at Rothamsted Research (linked with Nottingham University) and took up a position as lecturer in the Department of Life Sciences at Anglia Ruskin University.

Helen combined research with teaching for 10 years before taking up a position (research scientist) with the Biological Records Centre (Centre for Ecology & Hydrology) where she is responsible for zoological data and research and works extensively with national zoological schemes and societies. Her research focuses on the effects of environmental change on insect populations and communities. She is particularly interested in the dynamics of invasive non-native species and their effects on native biodiversity.

She coordinates the UK Ladybird Survey and is using the large-scale and long-term coccinellidae datasets (distribution and abundance) to understand and predict the effects of the arrival of the non-native harlequin ladybird (Harmonia axyridis) on native species. This work was selected for the 2009 Royal Society Summer Science Exhibition and the Moscow Science Festival in 2010. Helen has been invited to exhibit her research on ladybirds at the BBC Gardener’s World Exhibition in June 2011.

Helen is working on a project to produce a comprehensive information portal on non-native species in Great Britain. She also leads a European study group within the International Organisation for Biological Control (IOBC) on the Risks and benefits of Exotic Biological Control Agents which uses the harlequin ladybird as a model species. Recently she was excited to hear that a proposal she has led for a COST Action on IAS has been approved and will commence in 2013.

Helen continues with her research interests first initiated in her PhD on the ecology and dynamics of insect host-parasite interactions and has recently led an editorial team to produce a journal special edition (Ecology of Fungal Entomopathgens – Springer) which reflects her work in this field. She has also recently published another journal special issue (Invasive alien arthropod predators and parasitoids: an ecological approach), an activity through the IOBC WG that she leads.

The ecology of ladybirds is a subject that appeals to the public and throughout her career Helen has taken every opportunity to communicate her research to a wider audience. This has included natural history talks, school visits, bioblitz, popular science articles, podcasts and a significant number of interviews with the media. The arrival of the non-native harlequin ladybird in 2004 captured the imagination of the media and there has been sustained media interest in research on this species over the last six years. Helen has a passion for communicating science to a wide audience and engaging people through citizen science.  She has just published a review “Understanding Citizen Science and Environmental Monitoring” on behalf of the UK Environmental Observation Framework.