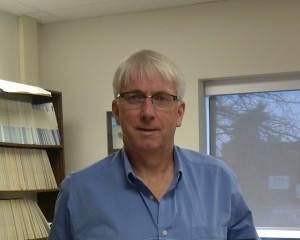 Hugh MacIsaac is a professor at the Great Lakes Institute for Environmental Research at the University of Windsor, who studies pathways and vectors of species introduction.  Hugh has worked on alien invasive species for 23 years and currently directs the Canadian Aquatic Invasive Species Network, a consortium of 31 professors from across Canada.  His current interests include ship and non-ship pathways of AIS introduction, and use of molecular tools for early detection programs in ports and harbours.

International shipping has dominated concern regarding introduction of alien invasive species (AIS) to aquatic ecosystems globally, as both ballast water and hull fouling are potent pathways for introduction of new species.  In the Great Lakes, ballast water release from mainly European-source ships has accounted for at least 55% of known established AIS introductions.  Recently however, this pathways has diminished in importance and attention has turned to other pathways, including domestic ‘Laker’ vessels that typically operate exclusively within the Great Lakes, but on occasion some of these vessels travel to ports on the St. Lawrence River where they may load fresh or brackish water for subsequent discharge in the Great Lakes.  Our surveys indicate that the ports of Montreal, Sorel, Tracy and Trois Rivieres are most likely to contribute new species to the Great Lakes through domestic ballast transfers.  In addition to these vessels, attention is also focused on the trade of live organisms, particularly the pond, aquarium, and live food trades.  We have documented two alien plants – water lettuce and water hyacinth – in the lower Great Lakes on a recurring basis.  Possible hypotheses to account for these observations include successful overwinter survival, death of parental plants after successful production of viable seeds, and/or reintroduction on an annual basis.  In situ experiments indicate neither species can tolerate current winter conditions, and we have found no evidence of seed production in water lettuce.  However, water hyacinth will produce seeds, and experiments have revealed successful germination of scarified seeds incubated at 28C.  We have also confirmed human introduction of these plants at two locations in the lower Great Lakes.  Live importation of alien fishes remains problematic in Ontario despite implementation of laws to the contrary.  Four interceptions of live Asian carp species were made in Ontario during 2012, and eDNA records suggest possible occurrence of the fishes at some locations in the Great Lakes.  Elsewhere, British Columbia conducted an eradication campaign for a single northern snakehead fish, and implemented legislation prohibiting release of these fishes into provincial waters.  The province is also working with agencies in the western USA to prevent introduction of live zebra and quagga mussels on boats trailered from infested areas in the southwestern part of the country.  Clearly, the issue of AIS introductions has not gone away, rather the problem continues to evolve as species ranges and our knowledge of pathways changes.   As ballast water regulations affect the global shipping community, this important vector should dramatically decline in importance, leaving hull fouling and live trade or organisms as potentially dominant vectors of AIS introduction.