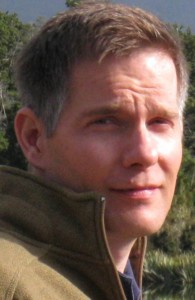 Since 2007, Professor Philip Hulme holds the inaugural Chair in Plant Biosecurity at Lincoln University, a unique position established by Lincoln University and the New Zealand Ministry of Primary Industries, which aims to bridge the gap between academic research and policy implementation in this strategically important field.  In this capacity, he leads the World-Leading Biosecurity Theme at the Bio-Protection Research Centre, New Zealand. Prior to taking up his current position he was the Head of Ecosystem Dynamics at the NERC Centre for Ecology & Hydrology in the UK where he coordinated major European programmes on biological invasions including DAISIE (Delivering Alien Invasive Species Inventories for Europe) and within ALARM (Assessing Large Scale Risk to Biodiversity using Tested Methods). His primary research focus is in quantifying, predicting and managing the risks arising from biological invasions.

As a leading invasion biologist, has long argued for better communication between scientists and practitioners, and helped identify key disparities between the needs of managers and research priorities while developing tools to better inform invasive species management, risk assessment and policy response.  More recently, as an editor of the Journal of Applied Ecology, he launched Practitioners’ Perspectives a new feature to give voice to stakeholders in mainstream ecology journals.