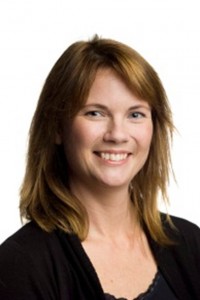 Toril Loennechen Moen is an adviser at the Norwegian Biodiversity Information Centre (NBIC) in Trondheim, Norway. NBIC is an official national source for information on biodiversity in Norway and the Centre’s major role is to provide society with updated and easily accessible information on ecosystems, species and genes (populations). Moen has been employed at NBIC since 1999 as the project manager of the work on names, nomenclature and taxonomy. She is also deeply involved in the work on risk assessments of alien species which has led to the publication “Alien species in Norway – with the Norwegian black list 2012” published in June 2012. The risk assessments have been done on all reproducing species from all multicellular species groups found in Norway, using a brand new semi-quantitative method developed mainly by the Centre of Conservation Biology at the Norwegian University of Science and Technology (NTNU).

For her Ph.D.-studies which was conducted at the Norwegian University of Science and Technology (NTNU), Moen researched the dispersal of selected alien marine worms (Polychaeta; Serpulidae) spreading around the world on ship hulls and in ballast water.